We would like to give a heartfelt thanks to allstudy participants from the 2017 Spring Semester Study! The goal of this project was to characterize the contagious phenotype for those with recent exposure (within 48 hours) to acute respiratory infections. We enrolled a cohort that included undergraduate students from Global Public Health Scholars College Park Scholars Living Learning Community, their roommates, and others living in Centreville Hall (mean age = 18). We collected healthy baseline samples during the beginning and middle of the Spring academic semester (February and late March). Incident cases of ARI were enrolled within 48 hours of symptom onset and assessed for symptoms. Combined nasal and oropharyngeal swabs, 20ml of blood, a 30-minute expired breath sample, and a phone swab were collected on 2 consecutive days, given the nasal and oropharyngeal sample from the first day returned a positive PCR result for one of 44 tested respiratory pathogens. Up to four close personal contacts were collected from incident cases and were prospectively followed for 7 days for evidence of infection. Blood was collected on contacts on days 0, 1, 3, and 5 of surveillance.

The total cohort size was 68
There were 597 sampling instances
Overall there were 72 viral infections among48individualsand 15coinfections. 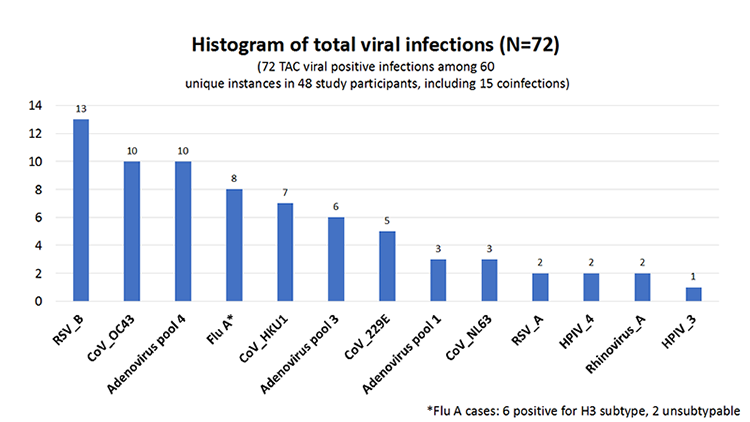 Among cases that were prompted by symptoms, and contacts, the symptoms profiles are as follows (higher scores refer to more severe symptoms): 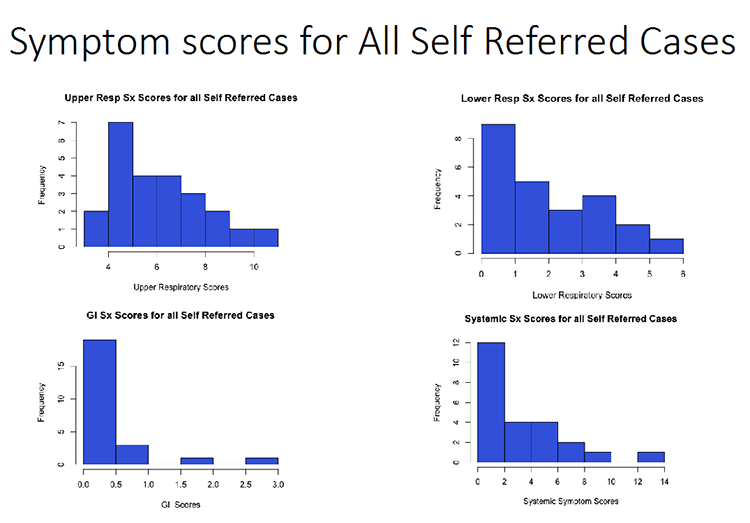 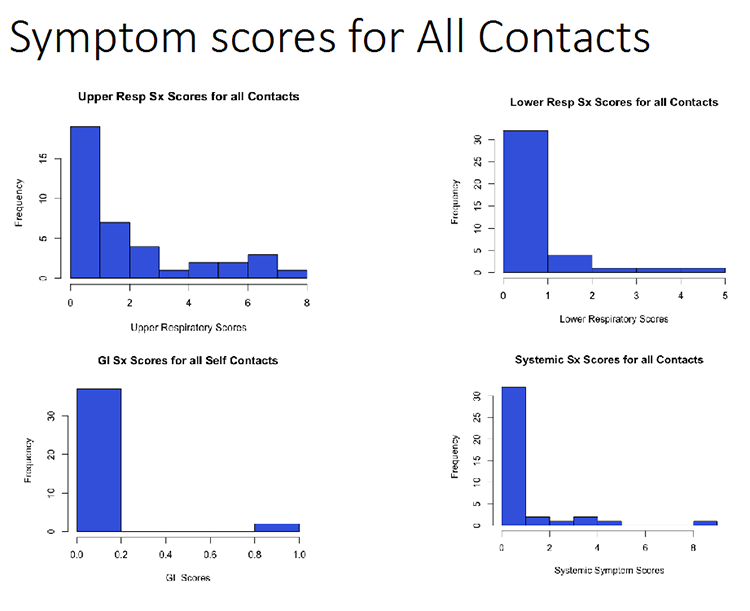 To identify characteristics of the contagious phenotype, we must prove that transmission occurred. To do this we measured pathogen shedding from nose, throat and exhaled breath, and dorm room CO2 (a measure of the likelihood of sharing exhaled breath). We captured 7 potential transmission chains (i.e., the same virus was observed between a case a contact). To confirm these transmission chains and to detect other potential chains that might have occurred between peripheral social contacts, deep sequencing is being conducted.